For my birthday this year my in-laws gave me a grounding sheet!  I was pleasantly surprised as I had been looking at them for awhile but hadn’t mentioned it to anyone.  Grounding is the process of connecting to the earth’s flow of electrons.  This energy has been scientifically proven to reduce inflammation in the body.  As my husband and I both have lower back and hip pain, this process has intrigued me.  We’ve used essential oils to relieve the pain, see the chiropractor to prevent further damage and hopefully correct the problem, and get massages to release the tight muscles.  The chronic inflammation and pain have made our healing seem impossible.

So on the night of receiving my grounding sheet I plugged it in and went to sleep.  In the middle of the night I became aware of my sore throat and my son crawling into bed with us.  In the morning my son was ill with diarrhea and throwing up.  I felt achy and on the verge of a cold the entire day and hung out in bed on my grounding sheet.  Looking it up I discovered there was a small percentage of people who experienced a detox effect from grounding.  I guess my son and I were some of them.  I had a urine analysis at the beginning of 2011 that made me aware of how toxic my system had become.  I have been on a quest to improve my health ever since.  So finding that the grounding was detoxing me even more in addition to the other processes I’ve done didn’t surprise me.

I wonder if one of the reasons children are so healthy despite eating the same things as their parents at the dinner table is their connection to the earth.  Digging in the mud, making mud pies, feeling the loose dirt as they burry their toes down deep. 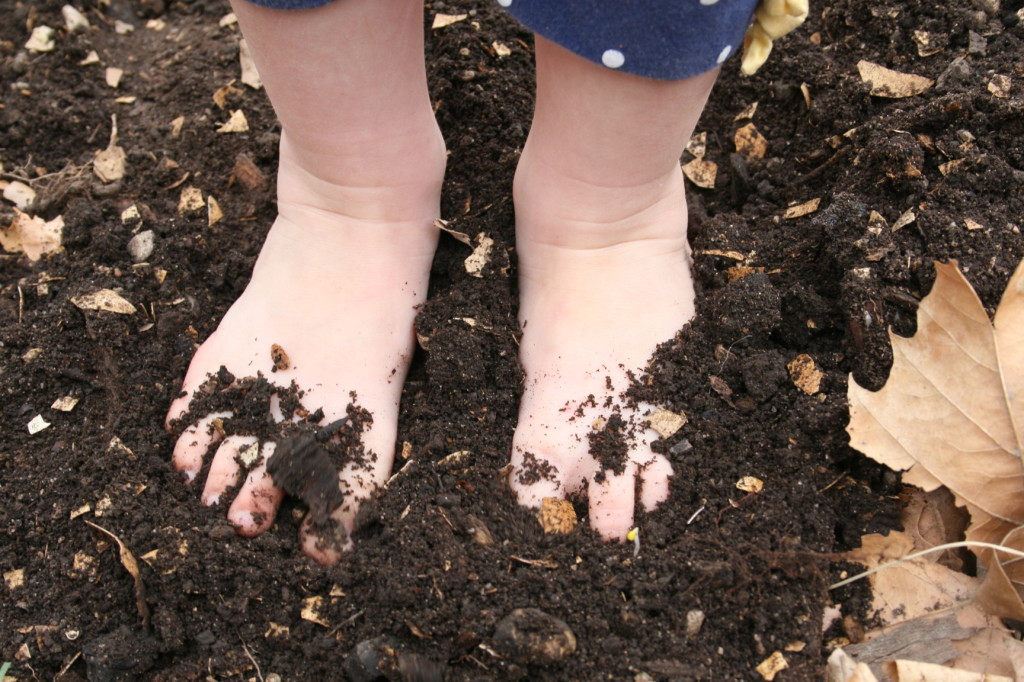 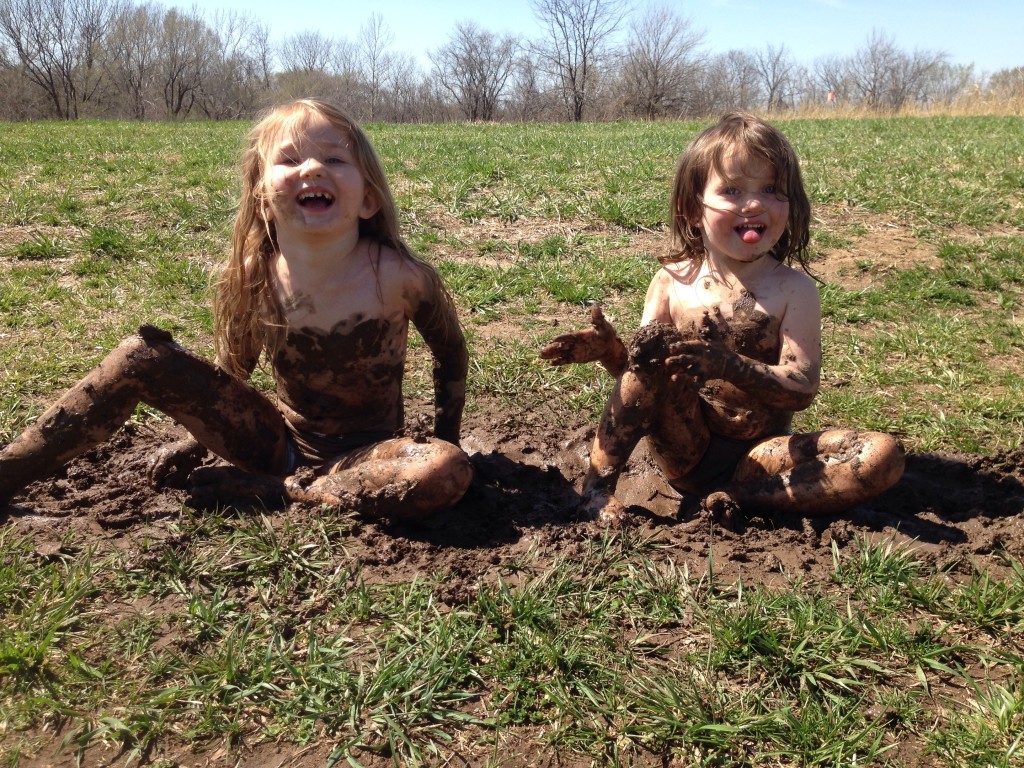 “The living matrix is defined as the continuous molecular fabric of the organism, consisting of fascia, the other connective tissues, extracellular matrices, integrins, cytoskeletons, nuclear matrices and DNA. The extracellular, cellular and nuclear biopolymers or ground substances constitute a body-wide reservoir of charge that can maintain electrical homeostasis and “inflammatory preparedness” throughout the organism. Recent research has emphasized the significance of charge transfer in relation to the scavenging or neutralization of free radicals delivered to sites of injury during and after the oxidative burst. Evidence comes from studies of the role of electrons in mitigating the consequences of inflammation when living systems are connected to the earth (earthing). The phenomenon helps explain how bodywork and movement therapies can facilitate the resolution of acute or chronic injuries, and how patients with inflammatory conditions may “deplete” a therapist during hands-on treatments. It is suggested that barefoot contact with the earth as well as hands-on and hands-off therapies facilitate healing by stimulating the migration of charges into sites of acute or chronic inflammation. One hypothesis to explain the effects of earthing is that charges from the ground substance reservoir prevent “collateral damage” to healthy tissues in the vicinity of an injury. A second hypothesis is that earthing allows electrons to replenish charge in the ground substance reservoirs, making electrons available throughout the body.”  –James Oschman, Ph.D.